The introduction of prospective changes to Competition and Consumer laws later this year are anticipated to have a positive impact on competition in Australia. It is hoped the proposal to introduce a ‘purpose and effects test’ and remove the ‘taking advantage’ element in establishing misuse of market power by a corporation will mean that the law is more effective in catching anti-competitive behaviour.

In response to the Harper Review in 2015, the Government introduced the Competition and Consumer Amendment (Misuse of Market Power) Bill 2016. This Bill amends the Competition and Consumer Act 2010 (Cth) Misuse of Market Power Provision (section 46),replacing the ‘purpose test’ with a ‘purpose or effects test’ as well as eliminating the ‘taking advantage’ factor. It was determined by the Harper Review and the Senate Economics Legislation Committee that section 46 was ineffective in meeting its core objectives – ‘the protection and advancement of a competitive environment and competitive conduct’. (Queensland Wire Industries v BHP (1989) 167 CLR 177)

Under the current law, a contravention of section 46 of the Act requires a substantial degree of market power which was taken advantage of for a proscribed purpose. In other words, determination of misuse of market power involves three questions:

Possession of market power of itself is not unlawful. It becomes unlawful when section 46 is contravened. Market power is viewed as the ‘ability of a firm to raise prices above the supply cost without rivals taking away customers in due time’. (Queensland Wire Industries v BHP (1989) 167 CLR 177)This power must be considerable and be connected with the taking advantage. (Melway Publishing Pty Ltd v Robert Hicks Pty Ltd [2001] HCA 13)Proscribed illegal purposes according to the Act include eliminating or substantially damaging a competitor, preventing the entry of a person into a market, or deterring or preventing a person from engaging in competitive conduct in that or any other market.

The proposed changes to section 46 would introduce an ‘purpose and effects’ test, with the requirement of substantially lessening competition. Interpretation of this change could be analogised to other sections of the Act which comprise this element. A pertinent example would be sections 45(2)(a)(ii) and 45(2)(b)(ii), which state a corporation cannot make or give effect to a contract, arrangement or understanding if it has the purpose or likely effect of substantially lessening competition. The inclusion of ‘likely effect’ provides a less rigorous test, and is therefore less difficult to demonstrate than the ‘taking advantage’ element and strict ‘purpose test’.

The analysis of whether a corporation with a substantial degree of market power has engaged in conduct with the purpose, effect or likely effect of substantially competition requires questioning whether there has been a considerable hindrance on competitive forces. This would be the case where, for example, a market in the future would see a reduction of inter-brand competition, in comparison to a market without the relevant conduct. (see ACCC v Eurong Beach Resort Ltd (2005) FCA 1900)

The commencement date under the Competition and Consumer Amendment (Misuse of Market Power) Bill 2016 was originally set at six months following Royal Assent or a date to be specified. This has since been altered and is now set to commence upon the commencement of the Competition and Consumer Amendment (Competition Policy Review) Act 2017. Debate on this particular Bill has been adjourned and is expected to be reviewed in the Senate later this year, although it is likely the progress of the Bill will be slow.

The proposed changes under the Competition and Consumer Amendment (Misuse of Market Power) Bill 2016 are anticipated to improve the competition environment in Australia. Only time will tell whether these changes will be effective.

To find out more about Regulation & Compliance check out our Resources Centre. If you need any further advice about Misuse of Market Power Provisions, please get in touch today.

This article was authorised by Warwick Heeson. 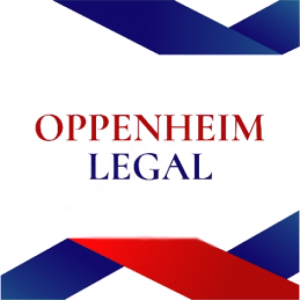